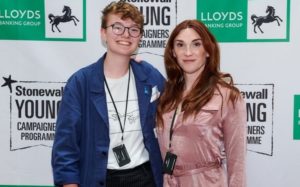 Ben Saunders, a young person from THE Action Youth at YPAS has won Stonewall Young Campaigner of the Year.

Ben, aged 17, had created a small film which featured voices from transgender people across the North West. The documentary explored the experiences and hardships faced by trans youth in schools and highlighted the importance of LGBTQ-inclusive education.

The film that played a large part of him winning the award was filmed at YPAS.  Ben also presented at Transgender Day of Visibility for GYRO and THE Action Youth, presenting his research that went in the making of the film.

YPAS Young Ambassador trip of a lifetime to America 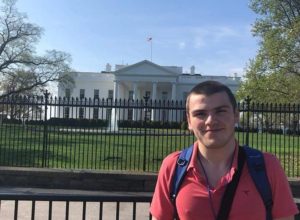 YPAS Young Ambassador Adam Evans has recently returned from a trip to America as part of the Youth for Social Cohesion Program.

Adam applied and was successful with World Learning who are partners with the U.S. Embassy in London for the 2019 Program. The program took ten UK participants (18-25) to the U.S. for a 15-day exchange focused on building resilient communities to prevent violent extremism and promote hope and inclusion. During the 2019 U.S. exchange, participants visited three diverse locations – Washington, DC; Detroit, Michigan; and Chicago, Illinois – to explore topics and issues related to promoting social cohesion and to engage in discussions, sharing best practices with U.S. peers, schools and communities.

On his return to the UK Adam said:

“My trip was a very informative and really enjoyable experience. I feel very humbled and honoured to have been a part of the Youth Exchange on Social Cohesion 2019.

I travelled to Washington DC, Detroit, Michigan and Chicago, Illinois. During my trip, I was able to visit lots of community groups and think tanks, schools and Universities to focus on social cohesion and to tackle inequality. It was also really interesting to visit cultural landmarks such as the White House, the Lincoln Memorial and the Washington monument.

Overall, I had a great experience and I would recommend it to anyone.” 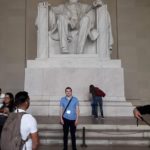 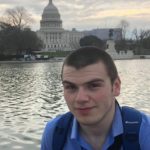 About World Learning: World Learning was founded 85 years ago on the belief that international exchange programs cultivate intercultural understanding and create leaders who are equipped to address the world’s most complex problems. Exchanges remain central to our mission to advance leadership and strengthen communities around the world. https://www.worldlearning.org/