The NOW Festival, which is being held in National Children and Young Peoples Mental Health Week – 8-14th February 2016, will give local children and young people, aged 9-18, the opportunity to showcase their original creative performances devised around the theme of mental health.

Working with guest artists; Darren Suarez; Maurice Bessman; and Carl Cockram along with a number of organisations; Ariel Trust; CAMHS Wellbeing Partnership; Brighton University; and a group of young people, during a series of workshops, pupils from fourteen Liverpool schools and youth organisations will explore and discuss the subject of ‘Mental Health & Technology – Friends or Enemies?’

The programme, which is funded by the Liverpool CCG, will culminate in a celebration of creativity on the 10th 11th February when the children will then perform their productions in The Epstein Theatre, Liverpool.

Artistic Director for the festival and mental health promotion worker, Kath Thompson said: “I have been amazed at the enthusiasm, ideas and creativity on display from participating groups. It’s been great to see these children and young people engaging in discussions around mental health, and The Festival, which is part of Children’s Mental Health Week, will bring together a series of imaginative performances that I’m sure will captivate the audiences.” 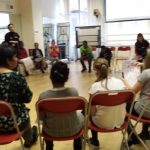 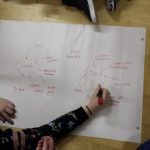 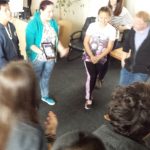 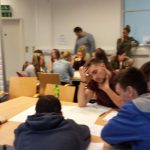 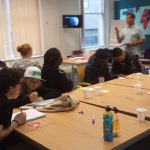