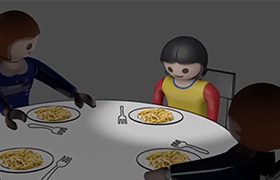 What is an eating disorder?

Eating disorders are characterised by an abnormal attitude towards food that causes someone to change their eating habits and behaviour. An eating disorder can affect anyone, at any age.

People who suffer from an eating disorder may use food to help them cope with stress or difficult situations. People may often  do this without realising it. Similarly, people may also use food in order to stay in control of their life and their emotions. This may stop them from making realistic decisions about what they eat. In addition,  how much they should eat.

Anorexia nervosa: People with anorexia nervosa , restrict their food intake due to a fear of gaining weight. Some people may eat nothing or fast for a number of days, skip meals and do too much exercise.

People who have anorexia can lose a lot of weight and view their body size as being larger than it is. In severe cases, people can die from the effects of anorexia as the body cannot function properly, especially if they do not seek any help.

Bulimia: Bulimia nervosa is where people eat large amounts of food very quickly and then make themselves sick or take laxatives to get rid of it all.  People can also compensate for this intake in food through excessive exercise to. People can also starve themselves for short periods of time. This happens in cycles. These cycles can happen every few months or even several times every day.

Bulimia can be a lot more difficult to detect than anorexia. Whereas anorexics lose a great deal of weight, a bulimic’s weight usually stays the same even though their problems with eating and food remain.

Binge eating can be a response to negative moods. Binge eaters can develop problems with their heart, blood pressure and general level of fitness. Additionally, binges can be very distressing for the individual as they may feel a lot of shame afterwards fulling their original negative thought.

Where to get support

If an eating disorder goes undetected, it can be fatal. Health problems may arise due to the body not getting the essential energy and nutrients it needs to function properly. People who have an eating disorder may not always have the same symptoms as someone else who has the same problem. 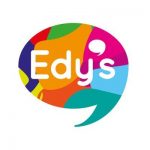 If you need support please talk to a doctor or you can contact the Alder Hey Eating Disorder Service for Young People EDYS.