Need Advice > How I feel and my mental health > Gender Identity 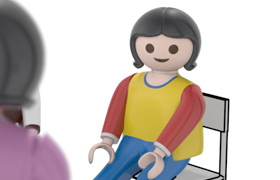 All of the above is to do with gender identity.

What is ‘Gender Dysphoria’? When a person experiences discomfort or distress because they feel that their biological sex and gender identity doesn’t match up,.  You may also see it being referred to as Gender Identity Disorder (GID) or transgenderism.

Common things you may feel with Gender Dysphoria

The first signs of gender dysphoria can appear at a very young age. This can be things such as a child not wanting to wear ‘typical’ boys’ or girls’ clothes. In Addition, they may not want to take part typical boys’ or girls’ games or activities. For a lot of children, this will likely be normal behaviour and may pass with time. However for those with gender dysphoria, it continues through childhood and into adulthood. Young people with gender dysphoria can feel trapped inside a body. In summary, they may feel their doesn’t match their gender identity. Due to this, they may feel so unhappy about judgement from society and not express as they gender they assign to.

Where to go for support

Young people with gender dysphoria may need supporting, in a safe environment where they can talk to others and feel a sense of belonging. In Liverpool, Young Person’s Advisory Service (YPAS) have The Action Youth group, which is open to anyone aged 10 – 18 whose gender identity is different to how others see it, or who may be questioning their gender identity.

More info can be found here