GYRO has been shortlisted for the UK’s Largest Diversity Awards.

YPAS  LGBT+ Support Services have been shortlisted for the “Community Organisation Award for LGBT” at the National Diversity Awards 2017.

Charities and role models from across the UK will gather at the breathtaking Anglican Cathedral in Liverpool on September 8th 2017 for the UK’s largest celebration of diversity. 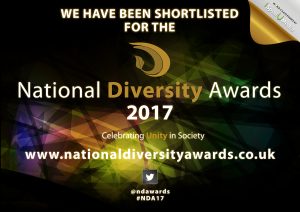 The best of British diversity will travel to Liverpool to showcase the outstanding achievements of those who have demonstrated their devotion to enhancing equality, diversity and inclusion in today’s society.

Over 22,000 nominations and votes were received this year, paying tribute to grass root communities nationwide.

Are you a qualified counsellor/psychological therapist with experience of working therapeutically with children and young people?

Would you like the opportunity to work as part of a multidisciplinary team working with children young people and families?

Can you offer one day or more per week?

YPAS is awarded CORC Accreditation in outcome and feedback measurement.

We are proud to announce YPAS has become among the first few services in the UK to receive the Accreditation in Outcome and Feedback Measurement.

YPAS Plus – North Liverpool Community Hub has the green light

A fantastic start to the year for YPAS and the Liverpool CAMHS Partnership as we have officially signed on the dotted line for our second community hub, staff will begin to move in to the hub week commencing 27th March for phase one of the new developments.

The G-Zine is a new electronic magazine designed, edited and filled with content from the LGBT+ young people who access GYRO and THE Action Youth at YPAS in Liverpool.

YPAS staff and some members of the CAMHS Partnership didn’t let a bit of rain stop them with a celebratory BBQ and fun and games at Sefton Park all in aid of YPAS’s 50th Birthday Celebrations.